Writing about the evolution of the Indonesian Revolution, my thoughts go back to the times that saw the long resistance to the colonial yoke and the development of the nationalist movement of the twentieth century. They also evoke the birth of the principles of the Pantja Sila that would give the state its philosophical foundation and our Constitution the ideas formulated in its preamble. Finally, I see the luminous image of August 17, 1945, when our independence was proclaimed.

Resistance; a nationalist movement seeking to free itself from the colonial yoke; the definition of philosophical principles; the rejection of the old order and the proclamation of a new state: what is so unique in all this? Have not many other nations followed suit? Throughout history, men have stood against injustice and oppression; men have fought foreign dominations and have regained the dignity conferred by freedom. Some may have fought more heroic struggles, others have consented to more massive sacrifices; others have no doubt had better successes. 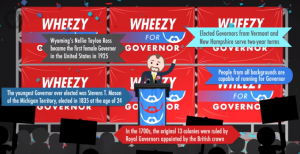 The world keeps moving. Things that seem to be identical have significant differences, of great significance. The world is not the same today as it was last year and the most profound transformation humanity has marked the decades of this century has ever known. The aspirations of man, which in the early ages had materialized in religious beliefs or philosophical ideas, became in the twentieth century true political realities. For how long has the mind of men not rocked, as in a dream, views of a world where prosperity would exist for all, accompanied by social justice and human fraternity, and where the exploitation of man by his brother would be banned forever!

The rise of new nations

It was inevitable that with our time this old aspiration is transformed into political reality. The social consciousness of men has awakened. Unions were formed, and the labor movement organized itself; slavery has been abolished in much of the world; the notion of social justice has become more and more precise and more transparent; the need for well-being, bigger and bigger. The journey against the exploitation of man by man began to be conducted seriously. And the birth of the twentieth century was to herald the dawn of national liberation from the colonial yoke. The Filipino Rizal was one of the pioneers of this struggle in Asia where however we could note everywhere the apparent symptoms of this awakening. For us Indonesians, the battle started with the formation of the first modern-type organization in 1908. In 1929, I could already count the development of revolutionary situations and the outbreak of war in the Pacific between the imperialist powers. And I knew there was a good reason to hope that, in these situations, the Asian nations, including Indonesia, could conquer their national independence.